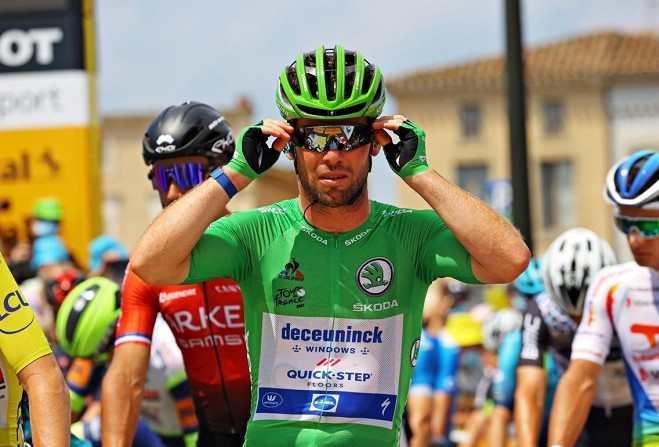 Mark Cavendish has won the Tour de France green jersey for the second time in his career, but missed out on breaking the record for most stage wins in the event’s history.

The traditional final stage finish on the Champs-Elysees in Paris saw Cavendish towards the front of the bunch in the final metres, but he had to settle for third on the day.

However, success in the intermediate sprint earlier in the day ensures he comes away at the top of the points classification.

Surrounded by the @deceuninck_qst “Wolfpack”, @MarkCavendish took the green jersey and 4 stage wins!

It comes just over a week after the 36-year-old’s victory on stage 13 to equal Eddy Merckx’s 34-stage win record with, and 10 years since his previous green jersey win.

The Manx Missile was a late addition to Deceuninck Quickstep’s roster for the Tour, following an injury to last year’s green jersey winner Sam Bennett.