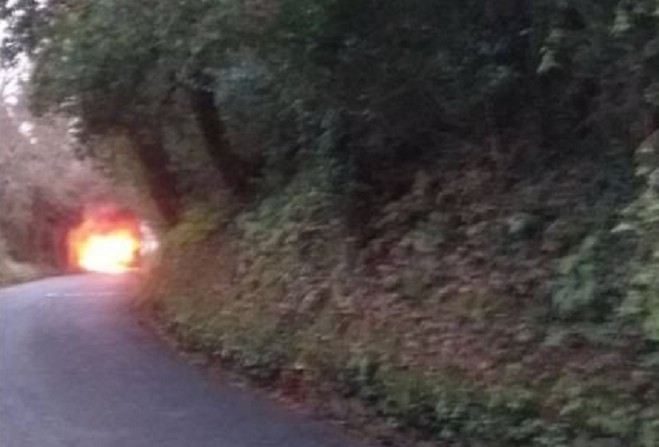 No one is harmed with witness describing 30 ft flames

An eye witness has described 30 foot flames as a 4×4 ‘exploded’ near the Venture Centre this afternoon.

One of the first to arrive at the scene, says a family including children were inside the vehicle, as well as two dogs.

However after flames were seen coming from the bonnet, they quickly got out of the car, moments before an ‘explosion’.

No one is harmed and emergency services are on the scene, police have asked people to avoid the area.

Number of active cases rises to 2,308