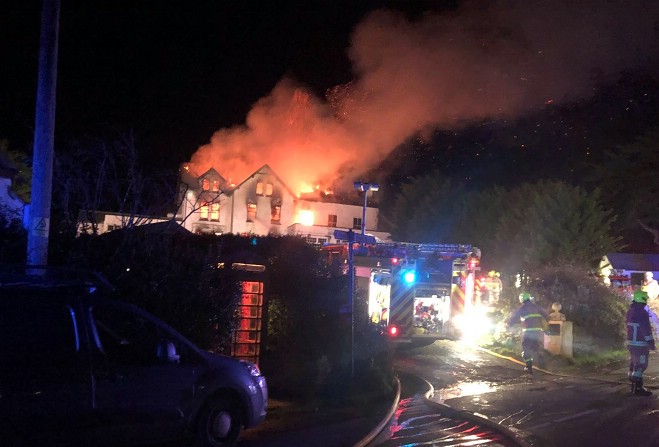 Roads closed between Glen Maye and Round Table

Emergency services have been dealing with a large fire at the former Ballacallin Hotel in Dalby.

The road between Glen Maye and the Round Table is currently closed, except for access to residents, and is likely to be shut for most of today.

Earlier this morning the fire and rescue service was asking nearby residents to keep their doors and windows closed.

Due to a lack of water at the scene the IOM Fire Service had to transport water from Glen Maye, causing the area from Glen Maye to Dalby to ice over.

Manx Radio’s John Moss was down near the scene this morning: