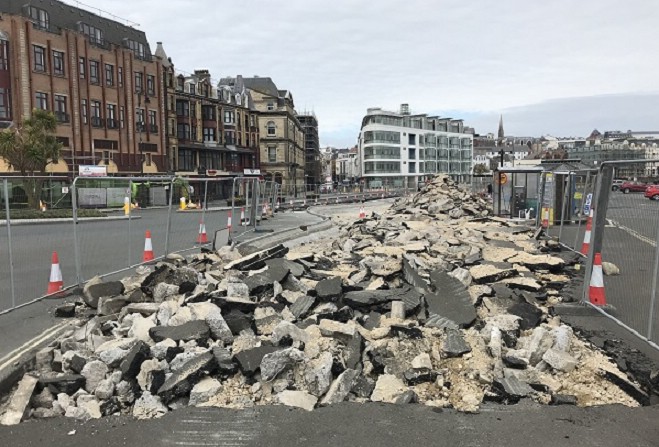 The three-week circuit break lockdown in January means a further delay to the completion of the Douglas Promenade regeneration scheme.

The Infrastructure Minister has confirmed the project will not be finished by the end of June with a new target instead of the end of July.

One area not included in the current plan is the single track extension for the horse trams to run to the Sea Terminal.

Tim Baker says he’s committed to this happening but it’s not likely to happen before the next election: