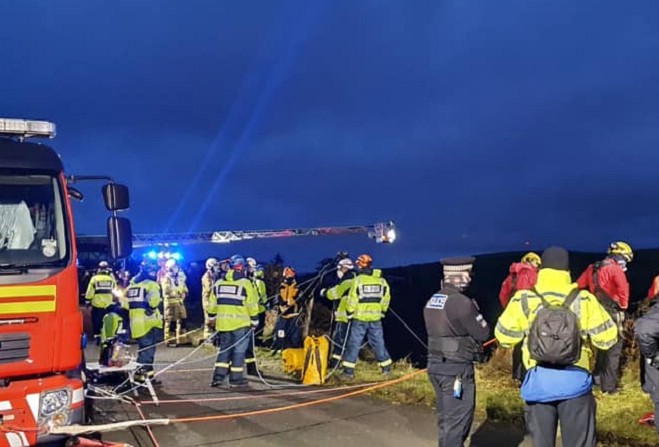 A person was airlifted to Noble’s Hospital last night following a crash on Marine Drive, during which a car left the road.

Multiple emergency services were called into action yesterday to the incident, which happened around 4pm at the Keristal end of Marine Drive, near to the junction with Port Soderick Glen Road.

‘Marine Drive is now clear after the earlier RTC. One casualty was airlifted to Nobles where they are receiving treatment. Team effort with Ambulance Service, Fire & Rescue Service, Marine Ops, Coastguard and RNLI.’