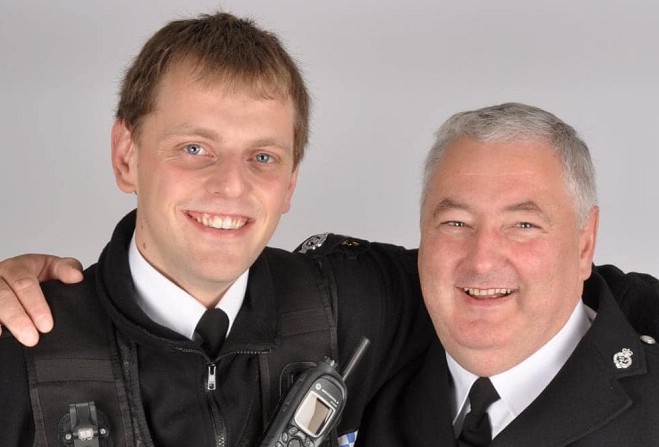 Richie Lloyd died from Covid-19 one year ago

Police officers across the Isle of Man will pause for a minute of silence and reflection today.

They are marking the one year anniversary of the death of their colleague Richie Lloyd.

The 57-year-old, from Ballabeg, was the second person on the Isle of Man to die after contracting Covid-19.

He had served as a police officer for 30 years, both in Merseyside and on the Island, and retired as a sergeant in 2012.

However following retirement he returned to the force as a ‘first contact’ officer and as a volunteer with the police youth scheme.

Members of the public are invited to join the silence, at midday, to remember a man ‘who summed up all that is good in life’.

A post on the Isle of Man Constabulary Historian Facebook page reads: “The heartache felt by the Lloyd family, and those who knew and loved Richie, is no less painful with the passage of time.

“It is still difficult to accept that Richie is not suddenly going to appear at the reception desk at HQ, at his dojo or his front door, or anywhere else where his joyful face and character was welcomed.

“However whilst the pain has not diminished neither has the happiness and joy found in the memories of a man who emanated and radiated sunshine and light wherever he went.

“As someone recently said, to take away the pain of loss, means we must also lose the joy of love.”

It is difficult to believe that a year has passed since our dear friend and colleague, Richie Lloyd, was cruelly taken…

Posted by Isle of Man Constabulary Historian on Saturday, April 10, 2021

Speaking to BBC North West Tonight last month his son Andy, who is a police officer in Merseyside, said he hoped there could be a celebration of his life when restrictions ease: