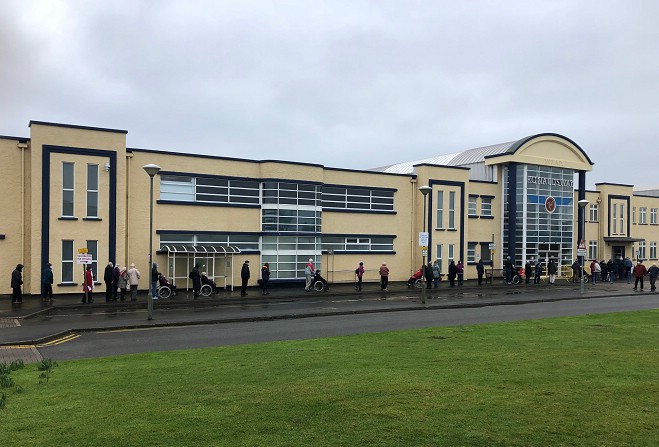 People arriving too early for appointments

Queues are forming at the new vaccination hub at Ronaldsway Airport on its opening day.

Government says it’s being caused by people arriving as much as an hour early for their appointments.

People are being urged to come no more than 10 minutes before their arranged time.

Those receiving the jab are in the top two priority groups – which includes healthcare workers and the over 80s.

It’s understood the Department of Infrastructure is in the process of setting up shelters outside for those lining up.

These callers to the Mannin Line today had different opinions:

Number of active cases rises to 2,308